The nature of job of an Air Traffic Controller demands a very high degree of alertness and capability of decision making. The Controller's reflexes and his memory has to be honed razor-sharp in order to help him correlate all data instantly to arrive at a decision while resolving air traffic situations. He utilises all his senses while discharging his functions as a Controller. Be it day or night, weekday or a weekend, festival day or a holiday, teatime or dinnertime, the Controller is expected to be in full command of his sensory organs to deal with any situation that may arise during the discharge of his duties. 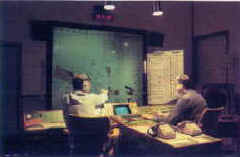 Here in this job, you got to take decision in splits of second and decision has be correct only, there is no opportunity of correcting a mistake. Code Callsign Conversion Input TerminalAnd one mistake, one incorrect decision by you, could very easily translate into untimely termination of maybe one thousand lives. 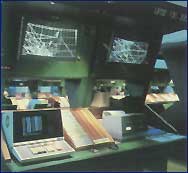 Controller is supposed to remain in full mental alertness at all times. Any lack of response or slackening of vigil on his part while in command can result in disaster and as such he can just not afford the luxury of mental or physical relaxation. Despite tension filled life, what motivates an Air Traffic Controller is a personal satisfaction the job gives which not only holds the highest degree of professionalism but also helps thousands of passengers reach their destinations safely.