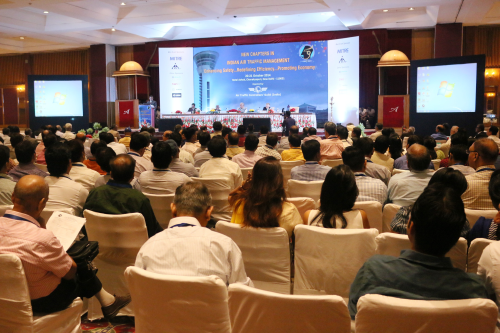 Air Traffic Controllers’ Guild (India) has been conducting seminars for the benefit of aviation sector in general and the ATM fraternity in particular. A two-day seminar was organized on 20th and 21st October 2014 on the topic “New Chapters in Indian Air Traffic Management – Enhancing Safety… Redefining Efficiency… Promoting Economy” as part of our activities for the International Day of the Air Traffic Controller at Hotel Ashok, New Delhi.
This year’s Seminar had a special significance as this is the Golden Jubilee year of the formation of ATC Guild (India) in 1964. Many activities were carried out this year to celebrate the Golden Jubilee including a seminar at Mumbai on the topic “Future Air Traffic Management – Safe, Seamless, Synchronised” in September 2014 which was very well received by the aviation fraternity and a blood donation camp organised at Jaipur Airport by the Jaipur Branch of ATC Guild (India).

On the occasion of International Day of the Air Traffic Controllers’, ATC Guild (India), like every year, is organizing a Seminar on the 20th October 2013 at NDMC Convention Centre, New Delhi. The title of the seminar ‘Indian ATM: Fostering growth... looking beyond future’ is quite relevant at this juncture where Civil Aviation industry is facing a huge challenge of sustenance while ensuring safety. The platform in the form of this seminar gives an ideal opportunity to unite all stake holders in ATM. It is an international event organised for the ATM, with the ATM, providing an independent view of the skies, and a platform inclusive of all ATM stakeholders.
The ATC Guild’s earlier seminars since 2004 welcomed attendees who included senior representatives from ANSPs, CAAs, governments, airports, airlines, military organisations, consultancies, associations and research institutions. It also featured more opportunities to network and learn than ever.
Read more 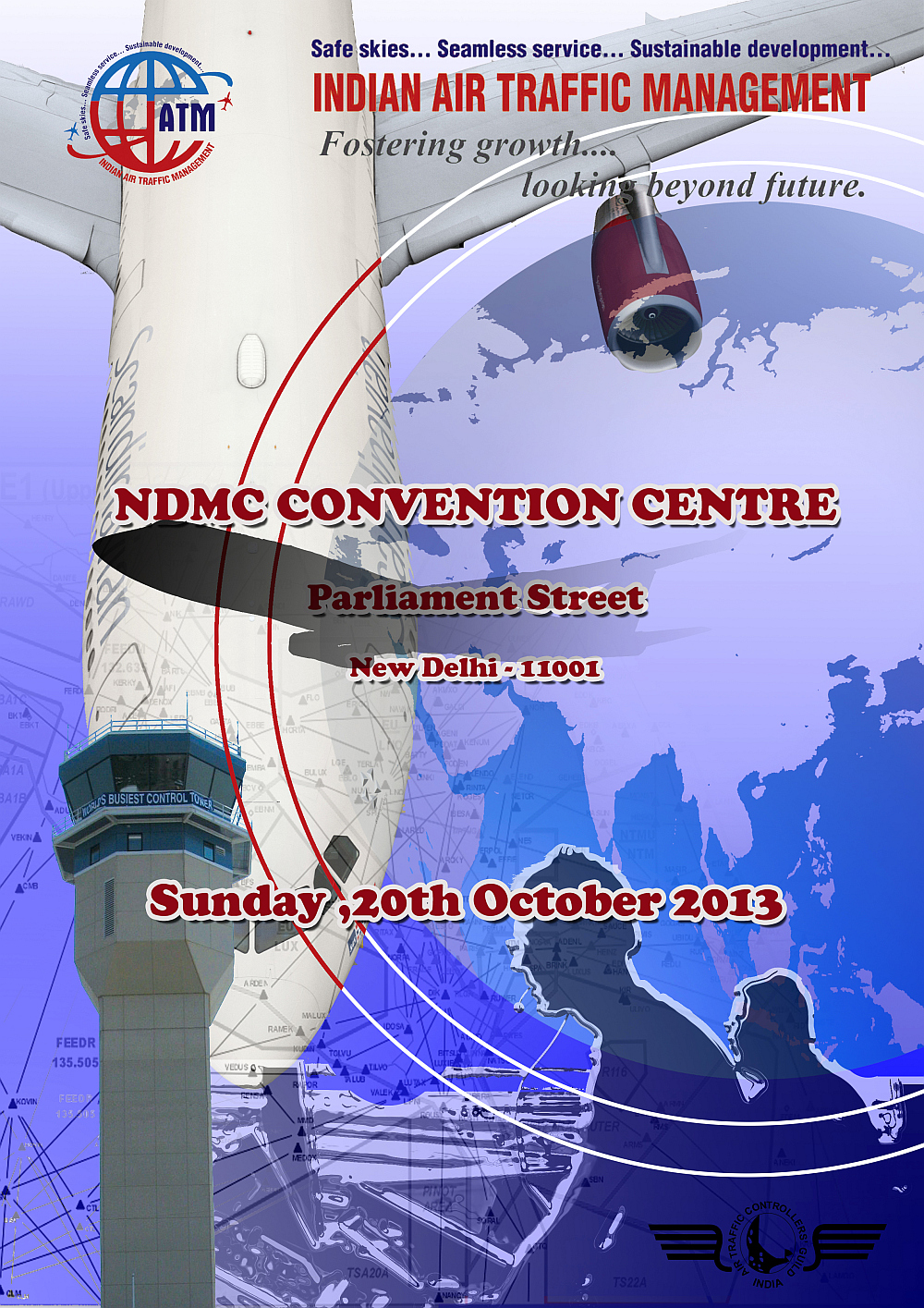 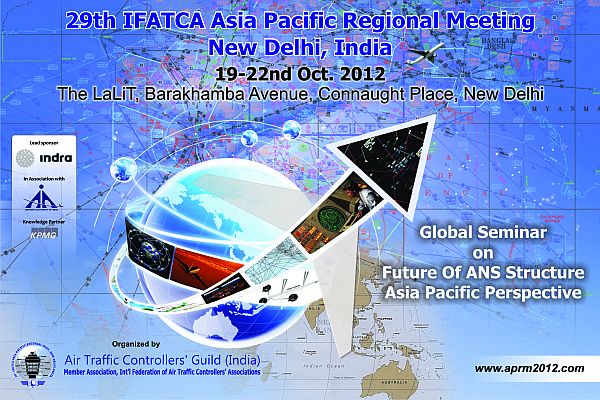 20th October 2012 is celebrated as International Day of the Air Traffic Controller all over the world. The International Federation of Air Traffic Controllers Associations (IFATCA) was founded on 20th October 1961. This year IFATCA completes 51 years of existence. Every day, huge numbers of aircraft take to the skies, delivering millions of passengers to their destinations. The advent of air travel has transformed our lives, bringing unrivalled benefits to society and the business world. On any given day, thousands of flights are guided safely through the skies. Whether they are carrying passengers or cargo, flight crews are responsible for their load, and when they fly they rely entirely on the professionalism of air traffic controllers, the systems they use and all the people behind the scenes who make this journey safe, efficient, economical and environment friendly.
Read more

In 2011 IFATCA celebrates its 50th anniversary. IFATCA stands for 50 years of professional representation of air traffic controllers around the world. IFATCA has contributed to many inventions and developments that assisted both flight-crews and air traffic controllers to conduct air transport safer and more efficiently. IFATCA is committed to improved economical and environmentally friendly aviation. Founded with 12 member associations in 1961, 50 years later we count more than 50.000 members in over 134 countries worldwide. The Federation comprises of Member Associations that are divided into four regions: Africa & Middle East, Americas, Asia & Pacific and Europe.
An Executive Vice President from each region is a member of the governing body - the Executive Board that meets quarterly to discuss the Federations management and business. Other Board members are the Exec.Vice Presidents Finance, Professional and Technical as well as the President & CEO, the Deputy President and a Conference Executive & Secretary. Members meet in their region at annual regional meetings and globally at annual conference. IFATCA has a permanent office in Montreal, Canada.
Read more 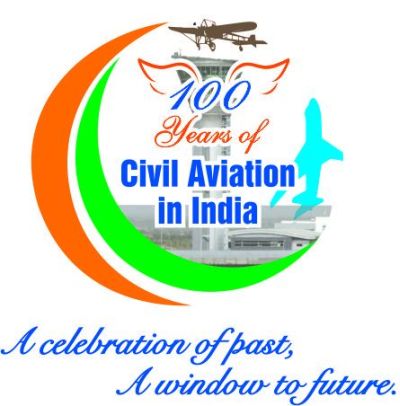 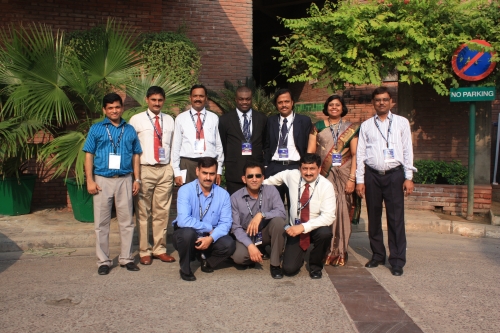 Air Traffic Controllers’ Guild (India) has been conducting seminars for the benefit of aviation sector. A two-day seminar was organized on 20th and 21st October 2010 on the topic “ATM-AIRPORTS-AIRLINES: INDIA INITIATIVES FOR INFRASTRUCTURE” as part of our activities for the International Day of the Air Traffic Controller. This issue was taken up to stimulate the development in the country’s aerospace manufacturing sector as India is on a growth curve especially in the aviation sector. The two-day Seminar was organized in five Technical Sessions. 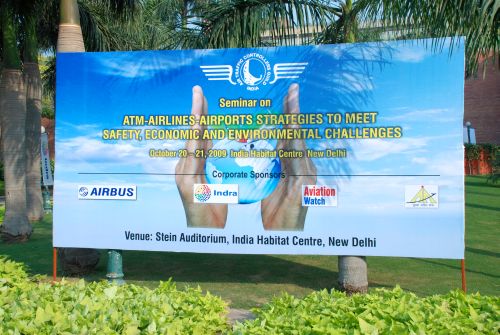 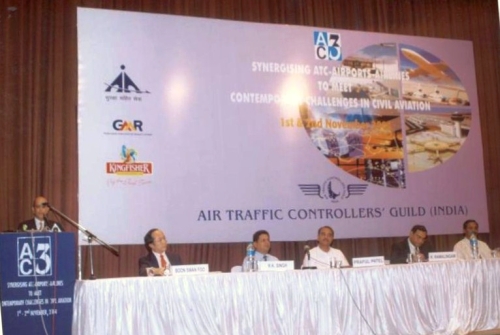 The seminar on “Synergising ATC-Airports-Airlines to meet Contemporary Challenges in Civil Aviation” was held at New Delhi on November 1 & 2, 2004. On the day one, there were three technical sessions. The first session’s subject was “Future of Civil Aviation in India – Modernisation, Collaboration and Privatisation”. The session was chaired by Shri H S Khola, which was conducted and regulated in a manner as a person of his stature is expected to, being the former head of the regulatory body in civil aviation, i.e. DGCA. We had three speakers in the first session. The first one was Capt. G R Gopinath, MD, Air Deccan, whose topic was “Economics of low cost travel in India”. Capt Gopinath, a former officer of the Indian army, ventured in the Indian aviation sector and eventually launched the Air Deccan, the low fare - no frills scheduled airlines, on 25th Aug 2003. . Because a low cost airline banks upon the factor of optimum uses of the aircraft and that can be achieved only if you have a quick turn around time at the Airports.