While discussing about aviation, a major observation has been that common people equate aviation to a pilot flying an aircraft from one place to another or the existence of airports and airlines at the most. The term ‘Air Traffic Control’ is still foreign to masses. While some would perceive it as the guidance mechanism for take-off and landing of flights, others would still imagine it as merely directing the aircraft on the ground.

If we imagine a human body, the visible parts give an appearance to the body and all the internal parts play their role but it is the brain which keeps functioning in the background. That is precisely what Air Traffic Control is to aviation- the brain in the background which never appears to the world yet remains vital for aviation every second. This is an avenue which can never take a halt. Even when the world sleeps, comes to a standstill or recedes in safe heavens in pandemics, Air Traffic Controllers continue to be the brainy backbone to aviation.

Even before a flight actually departs, filing of a flight plan in advance, ensuring the availability of airspace, safety of crew and passengers, directing the flight on ground, issuing take-off clearance, monitoring the approach path, directing the flight to climb or descend while cruising, issuing landing clearance, directing the aircraft to parking stand and ensuring that everything has been executed safely and smoothly is looked over by Air Traffic Controllers. Now imagine the number of domestic, international, cargo, medical, passenger, light, medium, heavy, camouflage, private, VIP flights every day that need to be monitored and operated vigilantly! 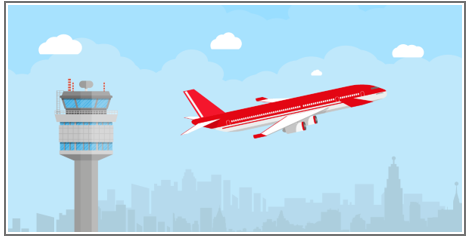 It is quite a remarkable fact that humans evolve quickly. When the first powered flight was successfully completed, none would have thought of this concept of air traffic control. Yet it was due to the increased density of continuously evolving aircraft that the need to control and direct them in the airspace was deemed necessary in order to avoid accidents or conflicts in air and on ground.

Apparently with the scant number of flights, it was easy to control them visually using hand signals when they flew up to low altitudes from the ground. With the enormous volume of air traffic we experience now, the techniques to control the flights have improved a lot.

By the end of World War II, the invention of radar permitted visually displayed tracking of several aircraft at once. When coupled with radio communication, radar made it possible for the pilot to be warned when he was in danger of colliding with another aircraft or when he was off course. From radar to satellites, now the aircraft flying thousands of feet above the ground or afar above remote oceans can be easily tracked and controlled.

The advantage of these efforts brings us to the main objective of Air Traffic Control which is to prevent collisions between aircraft. This is necessary to safeguard passengers and crew and aircraft is now met by ground based infrastructure, in which air traffic controllers issue mandatory instructions to pilots. The aim of Air Traffic Control Service is to ensure a safe, orderly and expeditious flow of air traffic. 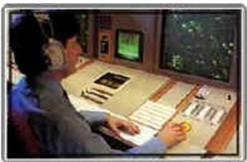 In order to achieve this objective, the Air Traffic Controller issues clearances to provide safe separation between aircraft at any given time. Various geographic regions and countries have their protocols to ensure safety of aircraft but internationally agreed standards and procedures are followed to accommodate the aircraft movements in a safe and orderly manner.